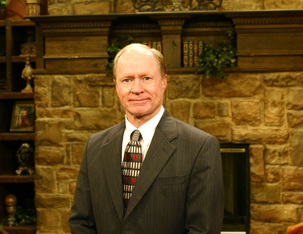 Dr. Alan Bullock served in the United States Air Force for four years.  After his discharge he began traveling around the world as an evangelist, speaking in churches,  seminars, prisons and in various Christian conferences.  Alan has a BA in Biblical Studies, an MA in Christian Counseling and a earned Doctor of Theology. He is also the recipient of several Honorary Doctorates. Alan has ministered in over 3,000 Christian meetings throughout the United States and abroad.  Shortly after Alan's conversion he began to have a series of dreams where he saw the face of a woman he believed he would meet and marry someday.  Through a miraculous series of events - and a proposal in a telegram to a woman he had never met or seen face to face - Alan married Anoosh  Markosian on Novemeber 14, 1976, while ministering in the former Soviet Union.  After only one year, Anoosh was released from behind the Iron Curtain and came to America where they eventually settled in California.  The Bullocks have pioneered several churches, including the first evangelical, multinational church for various people groups fleeing the former Soviet Union and other communist countries.  Alan has served as Executive Director of several Teen & Adult Challenge centers in three states, Alan is also a Pastoral Counnselor and a member of the following groups:   International Association of Christian Counseling Professionals  (IACCP), American Association of Christian Counselors (AACC), Society for Pentecostal Studies, Association of Biblical Counselors ,and the Society for the Study of Christian Spirituality.  In addition, Alan has served as an Assistant Pastor, under Dr. William S. McBirnie, at the United Community Church in Glendale, California,  a congregation of over 3,000.  Alan has also served as the Vice Presdient and CEO of several large Christian organizations, and is a nonstop author.  A few of his books include:  Helping Addicted People, The Soviet Connection, Potential For Greatness, Hope For The Journey, Still Waters, Returning to the Art of Spiritual Maturity, Little Book of Spiritual Keys, Little Book on Feeding the Spirit & Nourishing the Soul, and  Living Biblical Ethics:  A Moral Compass for Spiritual Growth. Alan and his wife Anoosh have appeared on numerous radio and major television programs world-wide, including: The Best of the 700 Club, Trinity Broadcasting, Channell 55-Live, and the Daystar Televison Network.  Very much in demand as special speakers, Alan and Anoosh reside in Keller, Texas.  The Bullocks have two grown children, David and Talitha.