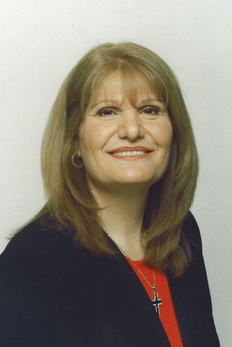 Anoosh Markosian Bullock is from the former Soviet Union, though she was born in Persia (Iran) to an Armenian Christian family.  As a young girl she heard the Gospel from her Godly grandmother and eagerly accepted Jesus as her Savior.  Anoosh ultimately fell in love with the American missionaries that she met who were ministering in her country.  A deep desire to come to America followed, and Anoosh began to pray specifically to marry an American minister with blue eyes and blonde hair and travel around the world and share the Gospel together.  Despie often difficult and dangerous situations in countries that persecute believers, Anoosh never wavered in her faith for her miracle.  Anoosh quickly developed a burning desire to serve God, but her dreams were shattered when her father moved the entire family to their Homeland Russia – an atheistic, Communist country where Christians were routinely persecuted for their faith.  But even during the many years under the dark shadow of the Iron Curtain, Anoosh held fast to her faith, and became extremely active in the underground church leading many of her college professors and college students to Christ and to a deep abiding faith in the Lord. God answered her life-long dream when on November 14, 1976 she married Alan Bullock, a minister from Southern California.  Anoosh went on to graduate from a university in the Soviet Union with a Bachelor of Arts degree in linguistics and was an active member of the Underground Church where she was a strong witness for Christ.  While living in Armenia, USSR, she both experienced and witnessed incredible miracles.  Today, Anoosh and her husband Alan travel across America and abroad, ministering in churches, mission conventions, retreats, and various other Christian events.  With the relevant, faith-building preaching of her husband and Anoosh’s personal testimonial experiences as part of the persecuted underground church in the former Soviet Union, they have encouraged the Body of Christ for over 30 years. In her testimony, Anoosh shares her vivid stories of walking miles in the bitter cold to worship God on a mountain with other Christians.  Often through tears, she relates how Bibles and Christian literature were so rare, she would tear out pages of her personal bible so others could read and learn about Christ Jesus. Above all, Anoosh is a living testimony to the faithfulness of God.

In addition to the Soviet Union, Anoosh has also felt the sting of religious persecution in the Middle East, where her own brother-in-law, Rev. Haik Hovsepian, the General Superintendent of the Assemblies of God, died a martyr’s death.  Anoosh inspires gratitude for religious freedom when she reminds her audiences not to take their many freedoms for granted, particularly in a time when so many Christians in other countries are dying for their faith.

Anoosh and her husband Dr. Alan Bullock have two grown children and reside in North Texas.  The Bullocks have appeared on The 700 Club, Trinity Broadcasting, and The Daystar Television Network and on numerous radio and television programs around the nation.  Anoosh continues to travel world-wide sharing her amazing testimony.